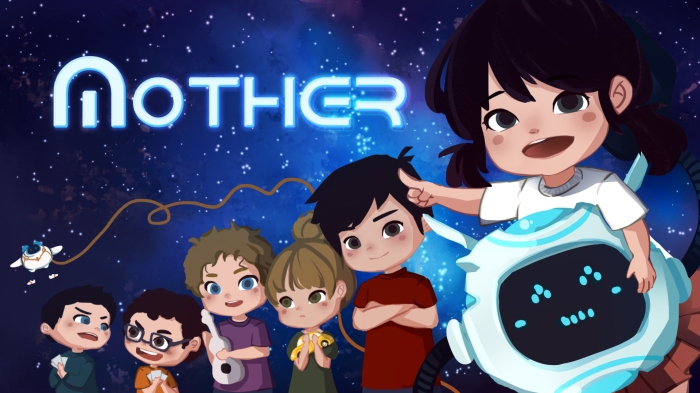 MOTHER is a strategy & sandbox game for PC that puts the player in the role of an AI tasked with the protection of mankind’s last children. Aboard the ship headed to an inhabitable planet and designed by the player, these children will grow differently depending of the player’s choices and strategies.

In MOTHER, we wanted the player to experiment different playstyles and observe their consequences in a sandbox fashion. Games are short (45 minutes) and rewards the player with new content for each new event they get on their last run, like getting a kid in a previously unseen mood (the kids mood evolves with the events in the ship) or getting a new ending.

After a ‘Proof of concept’ developed in 2 months in early 2017, we extended the game to the point of a ‘Vertical Slice‘ by June 2018, after 4 months of work.

This version was presented in front of a professional jury as our end of studies project. It can be downloaded here.